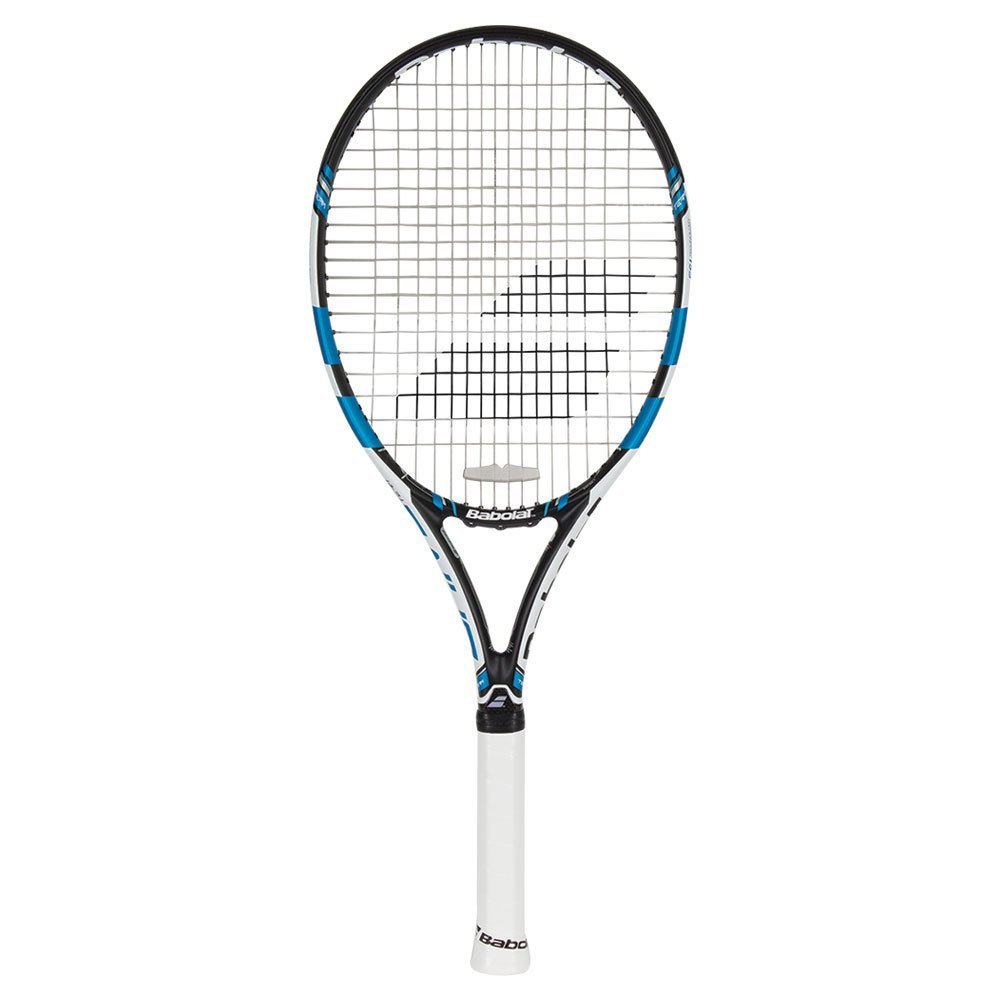 The NEW Pure Drive Team is for players seeking a powerful but lighter racquet for better handling.

Since the launch of the Babolat Pure Drive, the game tennis has evolved - court surfaces are faster, balls are livelier, players are stronger. The new 2015 Pure Drive Team is engineered to let players dominate the game by mastering their power like never before.

The black and blue design represents the unparalleled power and technical innovation of the 2015 Pure Drive Team. Touches of white added for the first time, highlights the racket's sleek appearance while staying true to the Pure Drive's iconic identity.

In 2013, Babolat launched the first connected racket: Babolat Play. This advanced technology not only helped to usher in a new era in tennis history, but also led to the gathering of information about the game itself. The data collected from the numerous players during testing highlighted an impact zone higher that the traditional center of the racquet.

* Note: Team babolat pro players may play with a customized or different model than the equipment depicted.  Strings & Dampener shown for illustration purposes only.