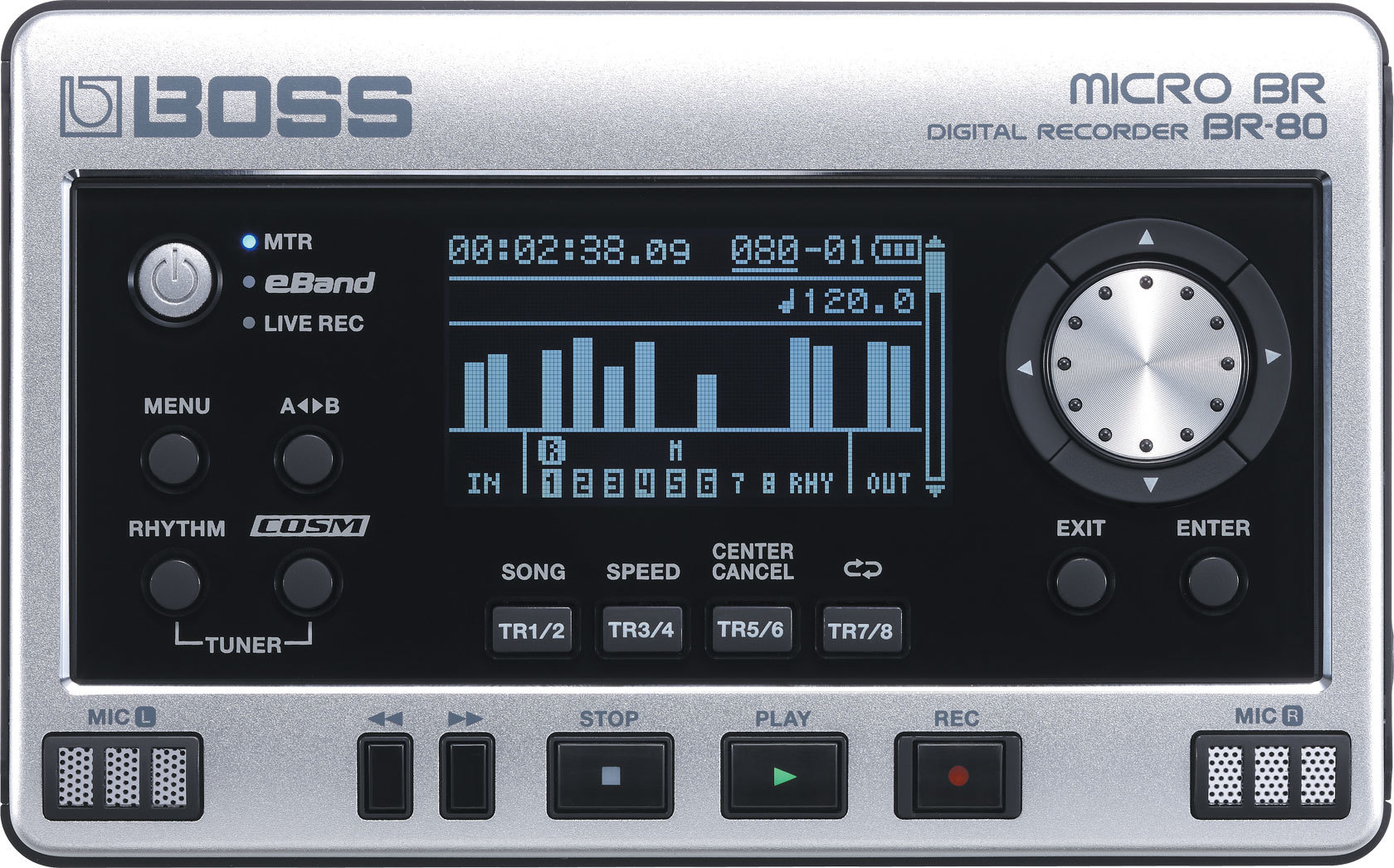 Small enough to fit in your pocket, the BOSS MICRO BR BR-80 is the ultimate new portable recording and jam-along tool for guitarists and other musicians.

You can even combine the three modes seamlessly. Record your phrase ideas using Live Rec mode, for example, and then import the recordings into MTR mode to use as foundations for song production. Once you’ve added tracks, import your finished songs into eBand mode for backing-track accompaniment at the gig.

The MICRO BR BR-80 is truly a must-have for all musicians!