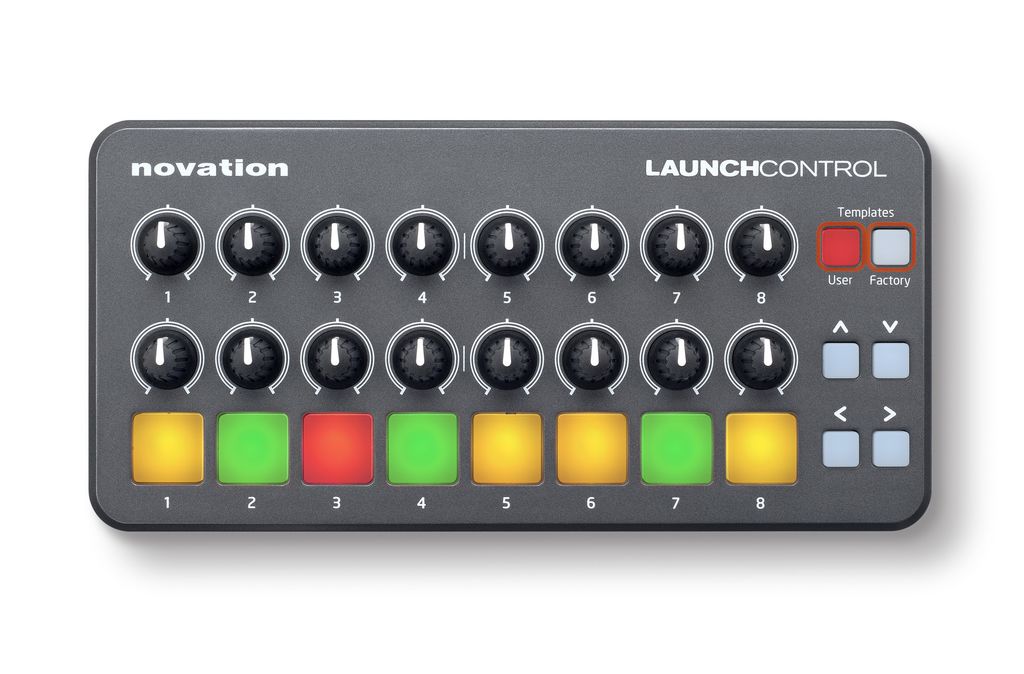 Launch Control is a robust, compact controller with 16 assignable knobs and eight pads - ideal for hands-on control of your mixer, instruments and effects. Designed to partner with Novation Launchpad, Launch Control works with all major music software – and with your iPad. Use Launch Control's pads to fire off samples while you use the knobs to tweak filters, levels, and effects controls.

Novation Launchpad has changed the way musicians produce and perform music, with instant access to a 64-pad grid of buttons. Launch Control adds 16 knobs, enabling you to transform performances and studio workflow – and another eight three colour Launchpad pads. Get hands-on control of devices in Ableton Live and other software to control, fine-tune, tweak, and express yourself in real time.

Use the Launchpad app with Launch Control on your iPad to trigger samples and effects, letting you produce and perform music straight away. Launch Control connects direct to your iPad with the Apple Camera Connection Kit (not included) and it's powered by the iPad.

Launch Control works with all major music software on Mac and PC and is fully class-compliant, controlling MIDI-compatible software like Cubase, Reason, Logic and FL Studio with no need for drivers. And both Ableton Live Lite and an extensive Loopmasters sample pack are included.

Launch Control doesn't just give you 16 knobs and eight launch pads. Eight factory and eight user templates allow you to instantly take control of multiple instruments and effects without remapping, whatever your software.